A lot of us (myself included) have come to depend on the ease and convenience of shopping on Amazon. I’ve just become spoiled by knowing that I can have practically anything shipped to my door within a couple of days, or sometimes even the same day (with Prime Now, which even delivers groceries). Little by little, the company has become important in my life.

That’s why I would be quite distressed if it suddenly stopped doing business with me, with no way to change its mind. Yes, that’s what can happen if you get on its bad side, according to plenty of anecdotal evidence. It can also ban others that live at your address, so you can’t get around the exile. What’s the fastest way to get banned from Amazon for life? Too many returns.

Amazon Can Ban You for Life

Let’s keep something front and center: Amazon is a private company, and as such can refuse to do business with you for practically any reason, and owes you no apology, explanation, or chance to appeal. It could pretty much ban you tomorrow if it decides it no longer wants you as a customer. And the evidence is that it indeed exercises this power, and usually does not reconsider its decision, ever.

How To Get Banned From Amazon

Return Too Many Items

As the articles and blog posts referenced below show, the weight of the internet evidence is that you will get banned for life -with either one warning or no warning- for returning too much stuff. Generally, a return rate of 10% or more of your orders puts you into dangerous territory. This means that for every 100 orders, returning 10 or more can place you at a high risk of getting kicked off the platform. Also, as I said above, this can get your spouse or kids banned as well, if they live at your same address.

What’s more, if you’re lucky enough to get a warning, it may take the form of an innocuous-seeming message like this one:

“We’re writing to apologize for the number of issues you’ve experienced with your shipments. Your correspondences with us indicate you’ve required refunds on a majority of orders for a number of reasons” (source: Techwalls).

So watch out for any return-related correspondence from Amazon, even if it doesn’t say you may get banned.

Also, as the Wall Street Journal reported, it’s not only about the number of returns you have, but can also be about other questionable behavior:

According to former Amazon managers, the company terminates accounts for behaviors including requesting too many refunds, sending back the wrong items or violating other rules, such as receiving compensation for writing reviews. Cases are typically evaluated by a human after algorithms surface the account as suspicious, they said.

It tends to happen when “you’re creating a lot of headaches for Amazon,” said Chris McCabe, a former policy enforcement investigator at Amazon and now a consultant at EcommerceChris LLC.

Shoppers also are more likely to get flagged if they mark an atypical reason for their returns. For example, an account could get flagged if a customer says an item didn’t arrive as described when the other 99% of customers who made the return did so simply because they didn’t want it.

“If your behavior is consistently outside the norm, you’re not really the kind of customer they want,” said James Thomson, a former senior manager at Amazon and now partner at brand consultancy Buy Box Experts.

How To Avoid Getting Banned from Amazon

Although Amazon can ban you for any reason, if you want to avoid it, keep your return rate low. There seems to be no “hard” rule on how low. Still, to be on the safe side, I would keep it to under 5% of items bought and money spent. You should aggregate this for your entire household’s shopping, even if different people have different accounts.

In practical terms, unless you have a spreadsheet or something, it’s hard to keep track of your household return percentage. So, I’d say that, as a rule of thumb, return things very rarely, maybe one or two times per year.

Do not treat it like Zappos, in the sense of ordering a pair of shoes in four sizes and then returning the three that don’t fit. Do that with merchants that encourage it (like Zappos), but not with Amazon. 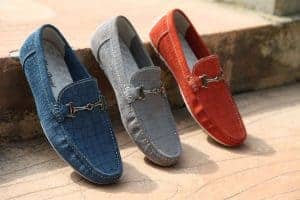 Aside from keeping returns low, avoid any unusual or sketchy behavior, especially on a consistent basis. For example:

The anecdotal evidence is that Amazon really will ban you, for life and with or without warning. To avoid it, keep your household’s returns to an absolute minimum. Also, try to stay on Amazon’s good side in general.

If you would like to do the math on your purchases, one way is to have Amazon generate a spreadsheet. It will contain your order history (including money spent). Here’s how:

2. Scroll down to the box that says “ordering and shopping preferences”, and click on “Download order reports”.

4. Download and open the report that Amazon will generate.