As the old wisdom goes, “appearances can be deceiving”. The local farmers market, that beloved staple of froufrou neighborhoods all over, may be no exception.

At the Farmers Market, Not All Sellers Are Farmers

Think you’re getting produce grown by nearby farmers, tenderly tended for your consumption? I did (and wasted money on it), but that’s not always the case. Per Consumer Reports, “Most farmers markets are strict about people selling only what they’ve grown, but there are reports of some markets that allow vendors to sell produce they’ve purchased from a wholesaler“.

So, it’s a good idea to inquire carefully about the origin of what you’re buying (especially if you’re paying a premium). Or if, like me, you don’t want to get all inquisitorial on a “farmer” on a weekend, take a close look for telltale signs of impostor produce, “such as produce that’s not indigenous to your area or is being sold way out of season” (Consumer Reports). 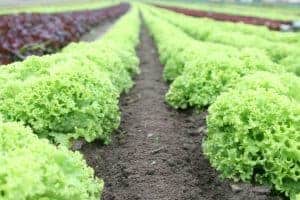 Are Those Really Organic Products?

I grow organic mangoes in my backyard (in fact, the mango tree grows them without my help). However, if I were to sell them, I can’t call them organic products, because I would need USDA certification. This is the case in many a local farmers market, where the food sold is indeed organic, but not certified as such. Just be aware that it may or may not be organic, regardless of whether or not it has the USDA Organic products sticker. (And whether it really matters if something is organic can depend on what your are buying).

So Close, Yet So Far Away

Another questionable practice is the creative use of the word “local”. Some stuff is so labeled, when in fact it’s been trucked in from another corner of the state (and in a place like California that can be a long way). So, if you want to be environmentally conscious, try to see if the seller/farmer grows the stuff close by (perhaps by Googling the farm name on your cellphone).

Yet another dubious practice involves the use of “artificial” and, debatably, environmentally unfriendly growing methods, such as cultivating out-of-season tomatoes in greenhouses. Per knowledgeable sources, “Growing tomatoes in a greenhouse…requires enormous amounts of energy to keep temperatures in the necessary range during chilly nights.” (Washington Post interview). 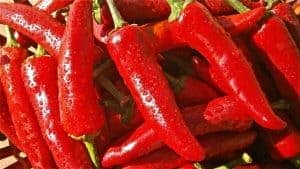 Despite these fishy facts, I will continue to shop at the local farmers market, but as a better-informed consumer. I like that they have fresher stuff since “‘the produce at the farmers market is more often picked ripe and sold within a day’”. It’s different in stores, where the produce, “On average…travels about 1,500 miles…and because of that, it’s picked still unripe”.*

Therefore, I think that they do have good, fresh food that belongs on my dinner table. However, I’ll be sure to take a close look before handing over my money.

Do you shop at the farmers market? What do you think about it?