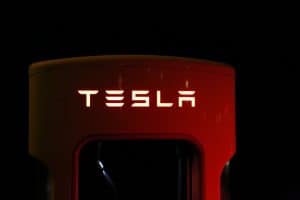 About a couple of months ago, I test-drove a Tesla Model X (the SUV/crossover) here in Miami. Compared to gas-powered cars, it is absolutely a marvel of technology, with all sorts of cool and helpful gizmos. Today, I want to share some impressions of that test drive, but, more than anything else, let you know about one feature that some of you may consider a flaw and some a benefit, but that I think everyone should ponder before buying any Tesla cars.

I will not analyze whether the car is worth purchasing or not (for that, I suggest you check out an article by Tim over at Tub of Cash). What I will do is report on the test drive.

The Model X is certainly an amazing piece of machinery. First, since it’s battery-powered, you don’t even really turn it on; you kind of just accelerate. There is no internal-combustion engine that needs to start up and begin to burn fuel. It’s more like the real-life version of those RC cars most of us used to have as kids, where you just push forward on the controller and it moves. Neat!

It also seems to lack gears, so you don’t sense that “vroom” and gear-shifting that ordinary cars have. It just moves. 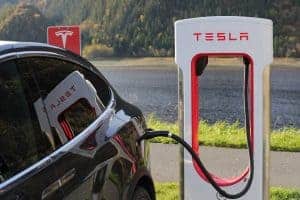 There’s also a big screen where the front console is in most cars, where you can control everything. It takes some getting used to, but it’s incredibly powerful and informative, with GPS, music, and all sorts of features.

While you’re driving, you can engage the cruise control or autopilot to varying degrees, including things like maintaining a constant follow distance to the next car; the salesman even told us that Tesla has the technology to make the car drive itself completely autonomously from one address to another. However, that has not yet been approved by the authorities, so you cannot activate it at this time.

Overall, it seemed to me that the Tesla is eons ahead of any other car I’ve ever driven. However, that also means that it has a learning curve. If you get one, it will probably take you at least a few days to feel fully comfortable with it.

The Big Concern With Tesla Cars

One word: sun. The Tesla has the absolute biggest windshield of any car I’ve ever seen. This means that you will see the sky (and sun) more than you ever have as a driver. There are also glass “portals” right above the rear doors, such that the sunlight also gets in through there. 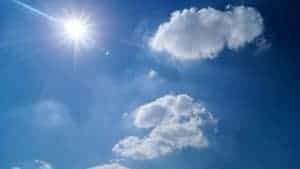 This can be a positive or a negative, depending on your personal preference. On the one hand, you see that beautiful sky; on the other, you have all that light in the car. The salesman did say that all of the glass was UV protected, such that you will not get a sunburn or be harmed. However, the sunlight does get into the cockpit and rear seats, which you may or may not like.

For this reason, I strongly suggest that you test drive Tesla cars on a sunny day before committing to it, and bring along your spouse, kids, or others who will spend a lot of time in the car. I would definitely make sure that all are comfortable with this aspect before pulling that purchase trigger. 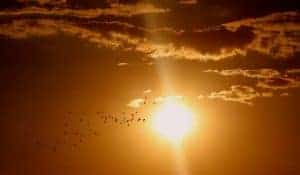 The Model X is definitely an amazing car and a marvel of modern days. However, and though not harmful, the extensive sun exposure for the driver and passengers is something that I think buyers would do well to consider before writing any checks.