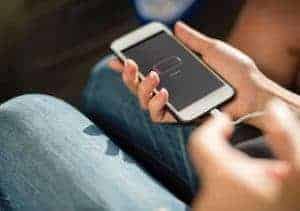 Is there a worse daily-life problem than a dead cell phone? No phone calls, no texts, no Ubers, Lyfts or GroundLinks, no social media, no letting mom know where you are. The consequences can range from merely annoying to outright dangerous.

In my daily life, I’m usually near a power outlet, and this is not an issue. However, when I travel and the plane does not have outlets in the seats, I start to sweat as I see that battery bar dwindle. After all, I don’t want to land in an unfamiliar city incomunicado. It would not be the end of the world, but it would certainly be a problem.

As they say, necessity is the mother of invention. Although I did not invent this, I had enough near-misses with this issue to make me find a solution: portable batteries. 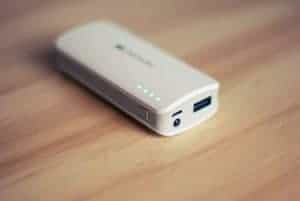 Exactly what they sound like. Portable batteries are simply little plastic blocks that have some USB or other power ports. You charge them by connecting them to a power outlet before your outings, and then take ’em with you. To use them, you simply connect them to your cell phone, and they will charge your phone as if you had connected it to a power outlet. They come in different sizes and capacities, from enough to charge a cellphone about halfway to enough to charge a tablet or phone fully, more than once. They are also pretty cheap, starting at around 20-odd dollars*.

The bigger batteries are useful not only for travel and other outings, but also in case of emergencies and natural disasters when the power goes out.

Which Batteries Should I Get?

I got a cheap portable battery at a drugstore because I was in a pinch and needed it quickly. Although it’s not bad, it’s rather heavy. To do better than me, I recommend you check out this article from review site The Wirecutter. They review a number of battery packs in different sizes, ranging from about credit-card size to a one-pound beast. Prices start at around $27 and do not reach $50. 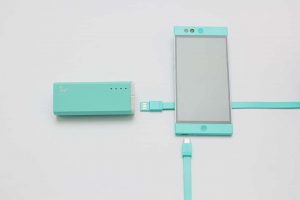 One: always charge the battery pack the night before you need it. If it’s not charged, it will do you no good.