Uber (and, to a lesser extent, Lyft) surge pricing has been controversial from the start. After all, no one likes to whip out their smartphone and open one of these apps, only to see that the price is double the usual amount. Therefore, for frequent ride-sharers (like myself) to really avoid surge pricing, it’s important to know what’s been going on with it. Here’s what I’ve uncovered.

What Is Surge Pricing?

Surge pricing happens when ride-sharing services like Uber and Lyft temporarily jack up their prices beyond their normal rates. It can be by a little, or it can be by outrageous amounts. For example, a ride that normally costs $10 can be raised to $11, or to $20 or even $30.

Ride-sharing companies tend to justify this by saying that, during times of low car supply (relative to passenger demand), higher prices motivate more drivers to become available, thereby ensuring that everyone who wants a ride can get one, if they are willing to pay the price. Kind of a classic economics argument. 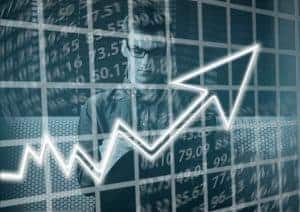 Surge pricing is very volatile, and can change by the minute and by location. It can also happen that one company (like Uber) is in surge, while another (like Lyft) is not.

The one place you generally won’t find surge pricing is in a traditional taxicab. As far as I know, most places have laws and regulations that prohibit them from doing it.

In the past, Uber and Lyft would straight-up warn you when a surge was in effect, and made you confirm, several times, that you accepted the higher pricing. 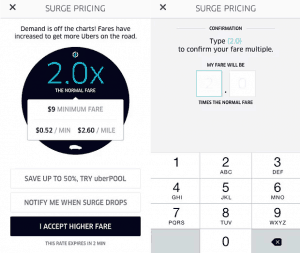 Now, however, it’s far more subtle. At least with Uber, it will never tell you about surges. Instead, what it will do is just quote you an exact price before each ride, which is what you will pay unless you do something like change the destination mid-ride. 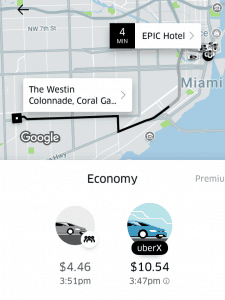 I take the same exact Uber ride several times per week, and I’ve noticed this. Sometimes, the app will quote me around $9. Other times, it’s $10-$11. There’s no longer any warning about raised prices. You just see a proposed amount, and you either take it or leave it.

As The Telegraph reports, researchers have discovered that drivers in some places are manipulating the system to cause artificial surges “…by logging out of the app at the same time, making it think that there is a shortage of cars”.

Uber, for its part, claims that “‘This behaviour is neither widespread or permissible on the Uber app, and we have a number of technical safeguards in place to prevent it from happening'”.

In any case, surge pricing happens, and many times you won’t even know it.

Citing a study from Northeastern University, The Telegraph reports that one technique that can work is just to wait out the surge, for 5-10 minutes. In my own experience in Miami, this can, indeed, work.

However, speaking from my experience, this is an unreliable method to really avoid surge pricing. While it is sometimes effective, sometimes it’s not, and sometimes the surge actually gets worse. For instance, don’t expect surge pricing to abate during New Year’s Eve in a major city. It ain’t gonna happen, and will probably worsen the closer you get to midnight.

The same Telegraph article also says that walking to another location (sometimes just across the street) can work to really avoid surge pricing, since Uber tends to divide cities into “surge areas”. In other words, if you’re in a surge area that’s currently “active” and walk over the border into an “inactive” one, you may get lucky. 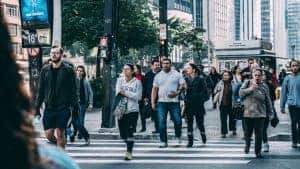 Again, this can work, but it’s unreliable. Unless you know by experience where those borders are, you can wind up walking all over the place and not improve your situation. It can also get worse, either because you cross over into a more expensive area or because the surge is getting bigger over time.

You can always check if a competitor is also surging. Open Uber and open Lyft, and take the lowest quote. In fact, the FareWell app purports to do this for you. I can’t definitively say if it works or not, but it seems to: 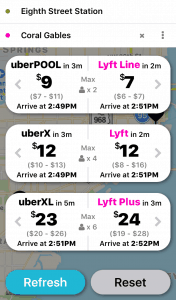 Google Maps and Apple Maps will do the same: 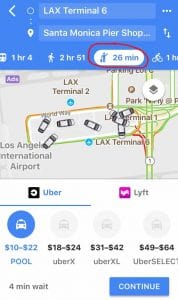 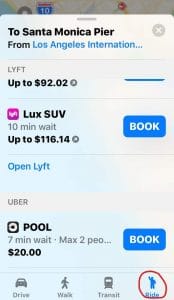 Use a Car Service

Surprisingly, sometimes car services like GroundLink can be cheaper than Uber or Lyft. The only problem is that they are usually services which have to be booked ahead of time. If they are cheaper than the Uber and Lyft base fare, great. However, if they’re not, you would be booking them based on the expectation that Uber and Lyft will be surging at the time you take your ride.

Sounds too speculative to me, unless you’re pretty sure there will be a surge at that time.

Last but not least, you can really avoid surge pricing by taking a traditional cab, if it’s readily available. However, bear in mind that, at least in the US, the standard taxi tip is usually 20%, and you can get hit with sneaky credit-card charges (especially in Vegas).

Credit: The Telegraph (here and here), View From the Wing