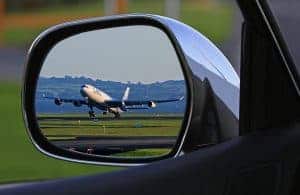 This is one of those lessons I learned the hard way. As some airlines install less and less individual seat-back screens in their airplanes (and in some cases remove those already there), it becomes more important to ensure that you have good entertainment downloaded onto your phone, laptop, or tablet, lest you have nothing to do on a long flight. Here are some tips to ensure the best experience.

Do Not Rely on the Airline’s Streaming Entertainment

Some airlines, like American, feature streaming movies and TV shows on flights, whereby you connect your device, via in-flight Wi-Fi, to the airline’s network, and stream stuff. While they tend to have very recently-released movies, you should not rely on this alone.

I say this because, in my experience, the service can be very glitchy and unreliable. In that sense, first, they make you download a separate app, which is a hassle in and of itself. Second, many movies and TV shows lack closed captions (which I like even for English-language stuff because I have an obsessive personality and don’t want to miss a word). Third, the rewind and fast forward or seek functions can be choppy and not work well. Fourth, sometimes and connection does not work at all, or cuts in and out.

So, I would absolutely not count on these services for my entertainment.

Always make sure to download your movies and TV shows at home or somewhere else with fast, reliable Wi-Fi, preferably the night before. I’ve learned the hard way that airport, hotel, and lounge Wi-Fi can be OK for e-mail and general web browsing, but extremely slow and even impossible to use when you need to send down several gigabytes’ worth of House of Cards. Also, if you’re travelling internationally, it’s possible you might run into geographic restrictions while abroad, such that you may not be able to do a Netflix download in, say, China. 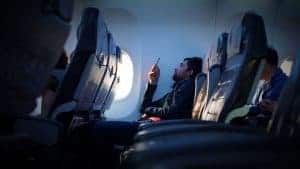 I can’t tell you how many times it’s happened to me that I’ve downloaded two or three movies, thinking that that’s what I want to watch, only to snuggle into my airplane seat and find that I’m in a different mood and want to see something else. Also, I’ve watched a movie only to find that there’s still a bit over an hour left on my flight; if I don’t have something shorter, like TV shows, I can either watch a portion of another movie, or watch nothing.

The takeaway here is that you should download a great deal of movies and TV shows, if your phone memory allows. I recommend at least 4-5 movies and 5-10 show episodes per flight.

I don’t know about other services, but, at least with Netflix, your downloads have an expiration date past which they can’t be viewed. Even if they’re on your device memory, Netflix simply won’t let you watch them. That’s why you should download your stuff (or at least check the expiration) a few days before your trip.

Putting It All Together

Movie and TV show downloads can make your flight much more bearable and entertaining, especially if you’re stuck in basic economy or in a bad seat, or short on legroom. To make your life easier, (1) download lots of stuff, (2) at home, (3) the day before your trip.