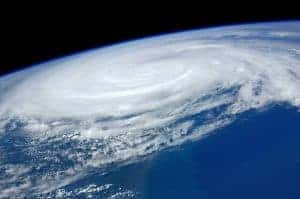 Harvey, Maria, and Irma. No, this is not a close-knit group of friends. These are the hurricanes that have devastated the US and its territories this storm season. The damages are mind-boggling, the reconstruction costly and difficult.

While there’s nothing that you can do to prevent hurricanes, there’s something you can do to protect your property from floods, whether brought by a storm or not. And that is to buy flood insurance.

That’s why I was saddened to read this report from the New York Times, explaining how lots of folks in Houston had their homes flooded but lacked flood insurance. Here’s how to stop it from happening to you.

Who Is Required to Buy Flood Insurance?

Therein lies the problem. As any homeowner with a mortgage knows, their mortgage provider requires them to have the home insured. If you don’t buy insurance, the bank will buy it (force-place) it for you and bill you for it, often at a very high price.

However, not everyone is required to have flood insurance. The determining factor is whether the property lies in a so-called Federal Emergency Management Agency (FEMA) flood zone. You’ll know if your property is in one of these zones because your bank will force you to buy insurance. You can also check the flood maps on the FEMA website, but it’s an absolute mess (very technical) and hard to use. There are also plenty of websites that will tell you about your supposed flood risk, but be aware that their purpose seems to be to sell you insurance. For example, take Floodtools.com: 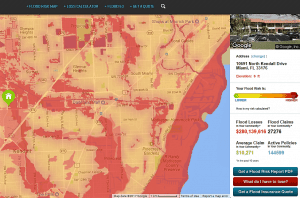 Good to hear, but don’t pop that champagne cork just yet. The problem is that the FEMA flood maps don’t really work, at least if you go by what happened during Hurricane Harvey in Houston.

Remember the scene in “Independence Day” where Will Smith has just crash-landed in the desert and, after punching an alien, is picked up by Russell Case? Smith asks him to give him a lift to the Area 51 base; Case says “it ain’t on the map”. Smith responds with “trust me, it’s there”.

In Houston, tragedy was there, even when it wasn’t on the map. That’s because, as the Times reported, the FEMA flood maps may not be very accurate, in part because “…the risk of flooding from inadequate storm-water drainage [might not be] picked up by the FEMA maps, because it could happen far from rivers and coasts, bodies of water that would be expected to flood”.

Just take a look at this map from the Times article (the red dots are areas that flooded that weren’t on the FEMA flood maps): 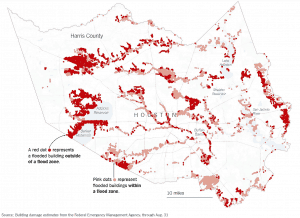 So, don’t just rely on the FEMA flood zone maps, or on whether your bank forces you to buy flood insurance. Your home could still flood, resulting in major damage.

Simple: buy flood insurance even if you’re not in a flood zone (your homeowner’s policy probably does not cover flood damage). To go about it, contact an insurance broker or agency, and request a quote. The vast majority of policies are issued through the government-affiliated National Flood Insurance Program (NFIP), and have a limit of $250,000. They generally take 30 days to be effective, so buy right away.

There are some private insurers that sell flood policies. I would try and go this route if an NFIP policy is not available in your area. (Some areas are ineligible; you can check here, or just ask your insurance broker or agent).

Given the lessons of Harvey, I would not forego a flood policy unless, maybe, I lived in an area with virtually zero risk (like the Mojave desert or somewhere like that). 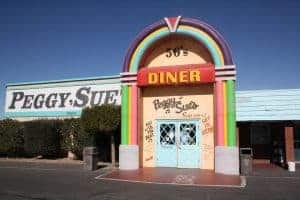 If you have not already been forced to buy a flood policy by your mortgage issuer, I reckon that the cost should be relatively low, since you’re probably not in a FEMA flood zone. I can tell you that I’m in a FEMA flood zone, and pay about $750 per year for my policy in Miami. This is considered a rather low price, which I think I got because my house sits about 9 feet above sea level.

Harvey hit our Texan brothers and sisters with a furious anger but a valuable lesson: buy flood insurance even if you’re not in a flood zone.