I don’t know if it’s happened to you, but it’s happened to me. I get in the car during rush hour and put my destination into a GPS navigation app. Then I get going, confident that the app is routing me the most efficient way possible, around the major traffic jams.

20 minutes later, I see why I’m moving so fast: there’s little traffic, but it’s because I’m right in the middle of a sketchy, high crime neighborhood. My glee turns into fear, as I count down the second ’till I get out of there.

After this happened to me a few times, I did some research, and am now much better at avoiding rough neighborhoods. Here’s a rundown of how to avoid high crime areas with GPS navigation, on my two favorite apps: Waze and Google Maps. 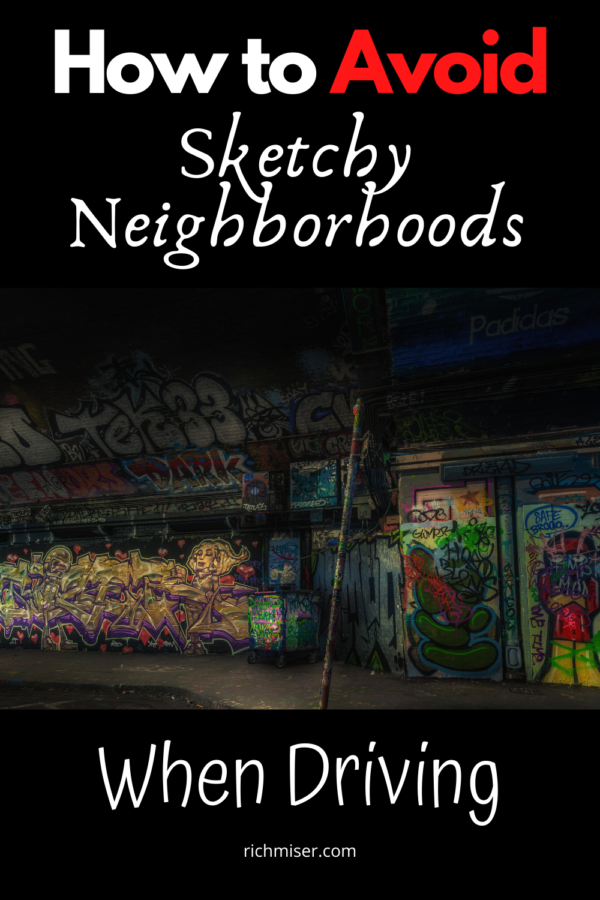 Waze is my favorite GPS navigation app, and an amazing piece of technology. What’s great about it is that it not only takes general traffic data into account (like the one you hear on the radio, telling you where the major jams and accidents are), but also the speed and location of every one of its users (called “Wazers”), to make a real-time map of your area and its road conditions.

Also, Wazers can report jams, red-light cameras, hazards, police officers, and other road issues, which Waze takes into account and integrates into its maps.

So, for example, if suddenly seven cars on one avenue start moving very slowly, and they’re all using Waze, the app will know that there’s a jam or other slowdown on that route, and will navigate people away from it. 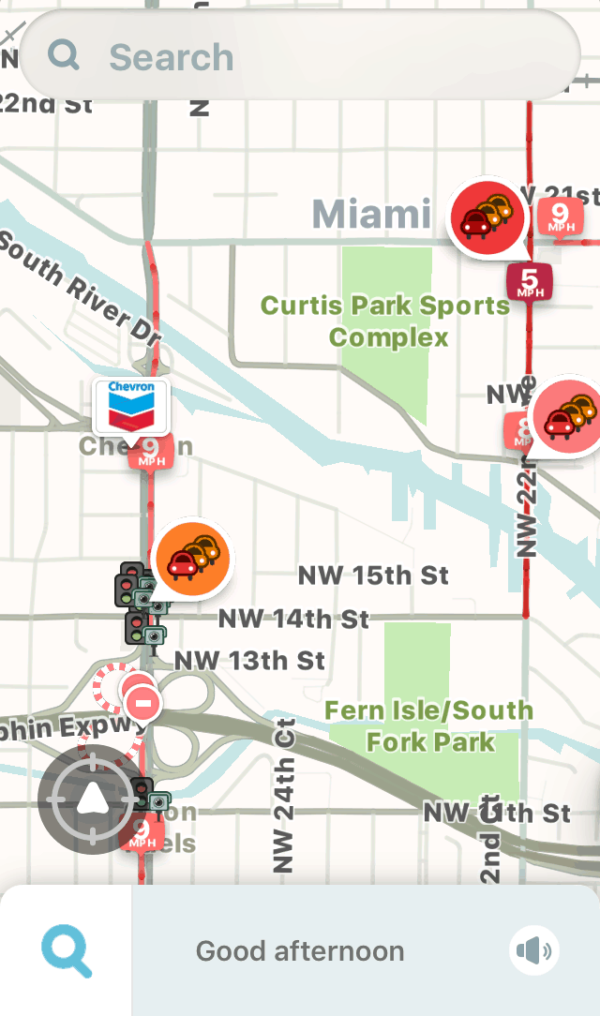 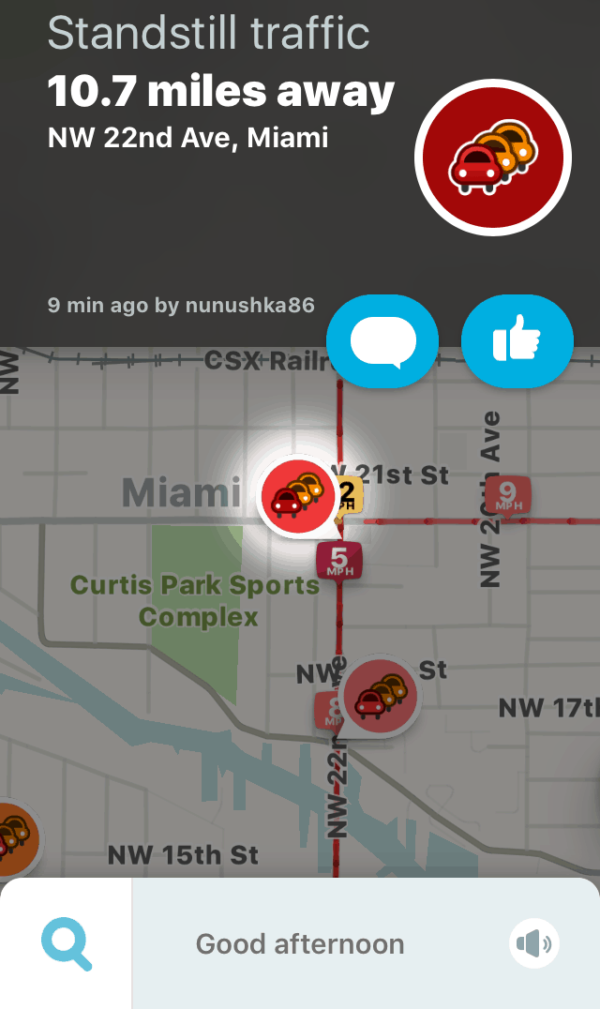 On its default settings, Waze has one goal: to get you to your destination in the shortest amount of time, using any legal route. And therein lies the sketchy-neighborhood problem.

When the highways are backed up, Waze will send you down the fastest legal route, period. Even if it means driving through quiet residential neighborhoods, and even if it means driving right down the middle of the highest-crime, roughest areas in the city. It’s not about your physical safety, it’s about getting you there quickly.

All of this means that you can get lucky, and save time by driving through here:

But you can also get unlucky, and be sent through here:

Update: As noted in Quartz, Waze does, apparently, warn you about high crime rate neighborhoods, at least in certain cities (mainly in Brazil, it seems). It’s never warned me anywhere in the US, though.

What About Google Maps?

Google Maps is kind of like Waze’s more prudent, reasonable cousin. While it has traffic data, it does not seem to be as up-to-the-minute as Waze. It also lacks things like red-light cameras and police on its maps (but it’s great for finding unfamiliar places). 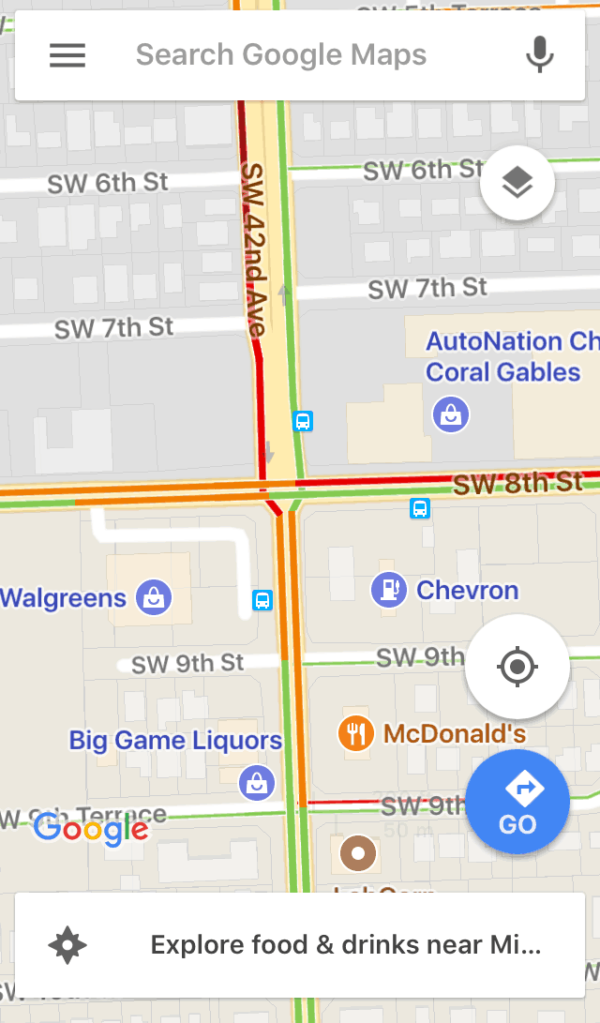 Waze is generally better at getting you somewhere faster. However, Google Maps, unlike Waze, will usually avoid sketchy neighborhoods, simply because it tends to stay on major highways and avenues. In other words, Google Maps will, in my experience, route you through whichever highway or major road is fastest, but it will not send you through quiet suburbs or run-down city blocks.

So, while I can’t guarantee that Google Maps will avoid dilapidated neighborhoods or sketchy boulevards, I can say that it will generally route you through them far less than Waze, even if it means you get to your destination a little later.

You Can Also Try RedZone Map

Besides Waze and Google Maps, there’s an app called RedZone Map, which purports to route you around rough areas. Honestly, I’m not sure if it’s even being actively developed and updated, since it didn’t seem to ever become popular.

What About Apple Maps?

I haven’t used it that much, but, as far as I can tell, Apple Maps is more akin to Google Maps than Waze. I would not expect it to route me through sketchy areas in order to shave a few minutes or seconds off my ETA.

Putting It All Together – Avoiding Sketchy Neighborhoods

Knowing all this, we can distill a few rules of the road to avoid the rough zones:

1. If it’s not rush hour, it’s generally safe to use Waze.

2. If you know the city and know where the run-down areas are, you can still use Waze and simply choose the better route, like so: 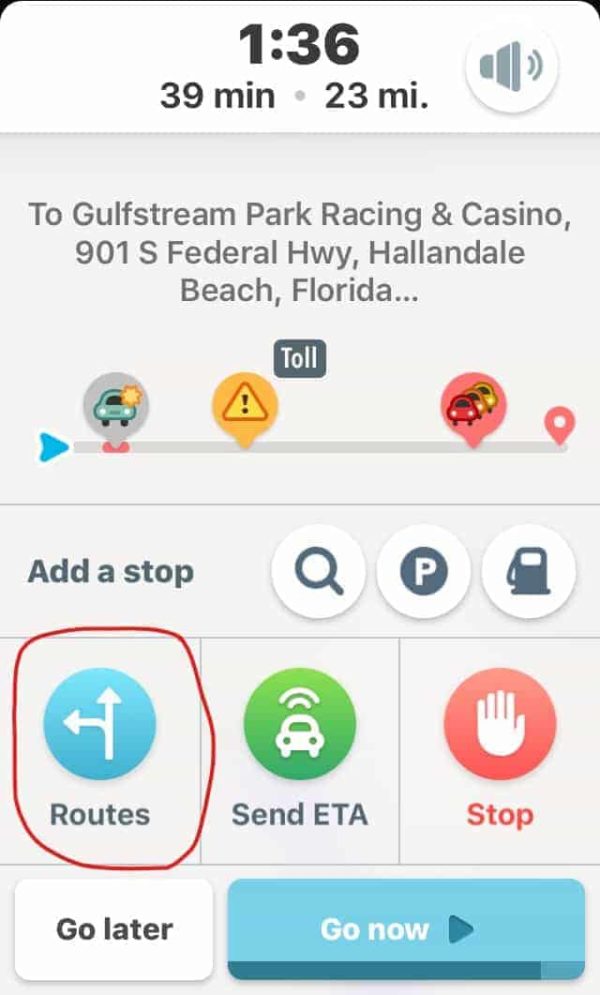 After putting in your destination, tap “Routes”. 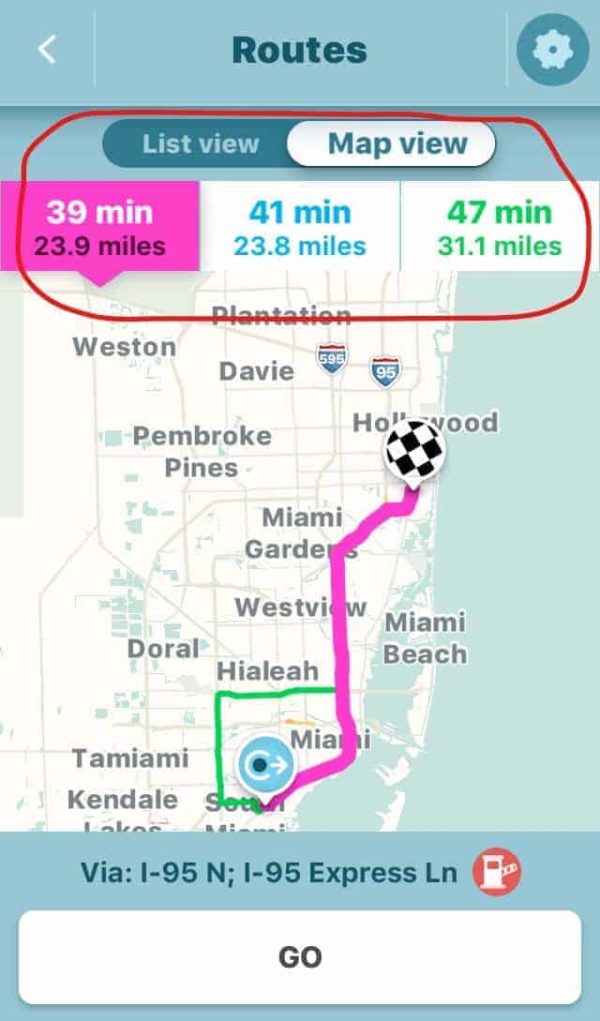 Compare and choose between routes.

3. If you don’t know the city, just use Google Maps. Or, if you’re really concerned, you can try RedZone Map.

4. To be the safest of all, map out your route the day before, and make sure to choose a route through the same neighborhoods in your navigation program.

Have you had the GPS sketchy neighborhood problem?

*Disclaimer: The pictures are stock photos. They’re not meant to represent any particular place.