Do you want investment income, whether in good times or bad? How about income that’s legally guaranteed, is higher than that of a savings account or CD, and is not subject to the ups and downs of the market? It’s not too good to be true: it’s a bond ladder. Let’s get into what laddering is, how to build a ladder, and how the income is contractually guaranteed.

How to Get Guaranteed Income by Building a Bond Ladder 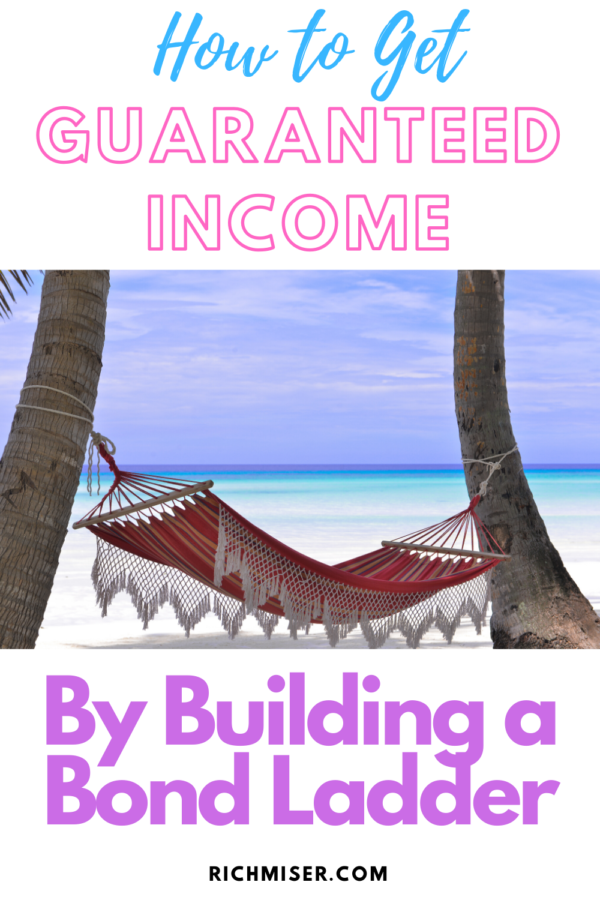 To start with the basics, bonds are just securities that you buy in order to give someone else a loan.

Since I love YouTube videos, here’s one I found that explains bonds:

What Are the Risks of Bonds?

The first is an easy concept: the risk that whoever issued the bond won’t pay you back. Even when you have a legal guarantee of repayment (like with any other loan contract), if your borrower defaults, there’s a good chance you won’t be able to get all of your money back. Maybe you’ll get a part of it, or perhaps you’ll get none. To make defaults somewhat more predictable, rating agencies like Moody’s assign ratings to bonds, mainly according to what that agency says is the risk of default.

So What is the Income Guarantee?

It’s a contractual guarantee. It means that whoever issued the bond is legally obligated to pay you back. If they don’t, you could, in theory, sue them and go against their assets and income.

In practice, individual investors usually don’t have the time or resources to sue bond issuers (especially corporate issuers who go into bankruptcy). Still, as explained below, you may be able to sell a defaulted bond at a discount to an institutional investor (like a hedge fund) who will sue.

But don’t get me wrong. The default risk for bonds is generally low. For example, even bonds with a relatively high default risk (“high-yield” or “junk bonds”) actually only have a normal default rate of less than 6%. This means that, on any given year, about 6% or less of the junk bonds out there will go into default.

However, in tough times, be aware that junk default rates can climb into the teens. Still somewhat low, but much higher than in good times.

A Default Doesn’t Necessarily Mean You Lose All Your Money

Even if you have the misfortune of owning a bond that defaults, chances are you can recoup some of your principal by selling it to distressed-debt buyers (in some quarters, pejoratively known as “vulture funds”) who specialize in squeezing the value from these bonds by taking the issuers to court and using other such strategies. 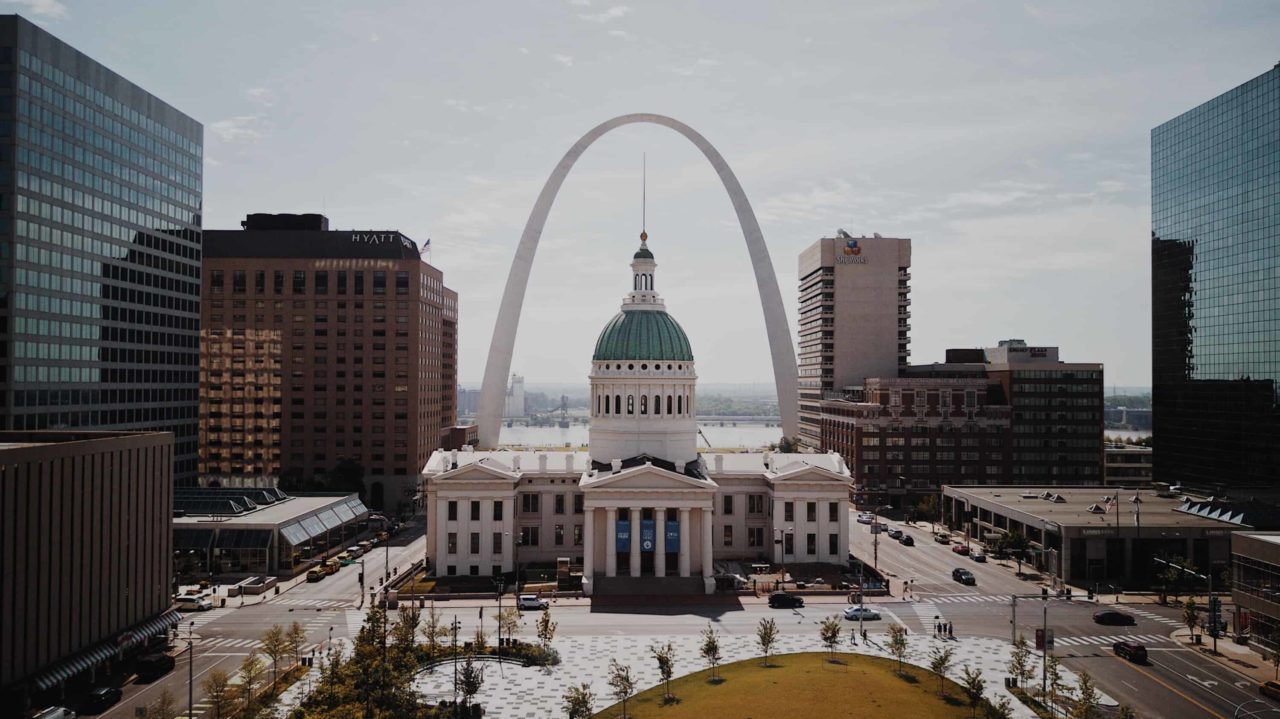 Besides default risk, another risk of bonds is interest-rate risk.

This is the risk that interest rates in general will rise. Huh? Isn’t the interest on your bonds guaranteed? Yes, it is. However, the problem is that your bonds will be cheaper if interest rates rise. Allow me an example:

So say you bought that Florida bond I was talking about. It pays 3% interest for 30 years. However, five years in, interest rates are rising, and Florida issues new 30 year bonds at 5% interest. What happens is that, if you need your $10,000 principle back at that time, you’ll probably have trouble selling the bond to someone else for the $10,000, because they could buy the new ones with 5% interest. So, they’ll offer you less than $10,000, in compensation for the lower interest rate of your bond.

Here’s a man of the internet explaining this phenomenon:

Of course, interest-rate risk can also go your way if interest rates go down since your bonds will now be worth more.

This hits close to home for me. In general, bond funds invest in high-quality bonds with low default risk (unless they’re junk bond funds). However, there is still risk, in part because the ratings agencies that assign risk scores get mired in scandals from time to time, in that they give low risk scores to bonds that wind up being very risky. Kind of like what happened during the 2008 subprime crisis, where the agencies were widely accused of giving unjustifiably high ratings to risky securities.

I said it hits close to home because I was born and raised in the US territory of Puerto Rico, which had a similar experience in that it sold lots of government bonds that people and funds all over both Puerto Rico and the mainland US bought, and which generally received good ratings. Later, the island defaulted on many of those bonds, leaving investors holding the bag (and very angry at the ratings agencies).

What I’m saying is: don’t assume that because a bond fund buys investment-grade bonds, there will be no defaults. Sometimes, there still are. The risk is low and spread out over many bonds, but it still exists. 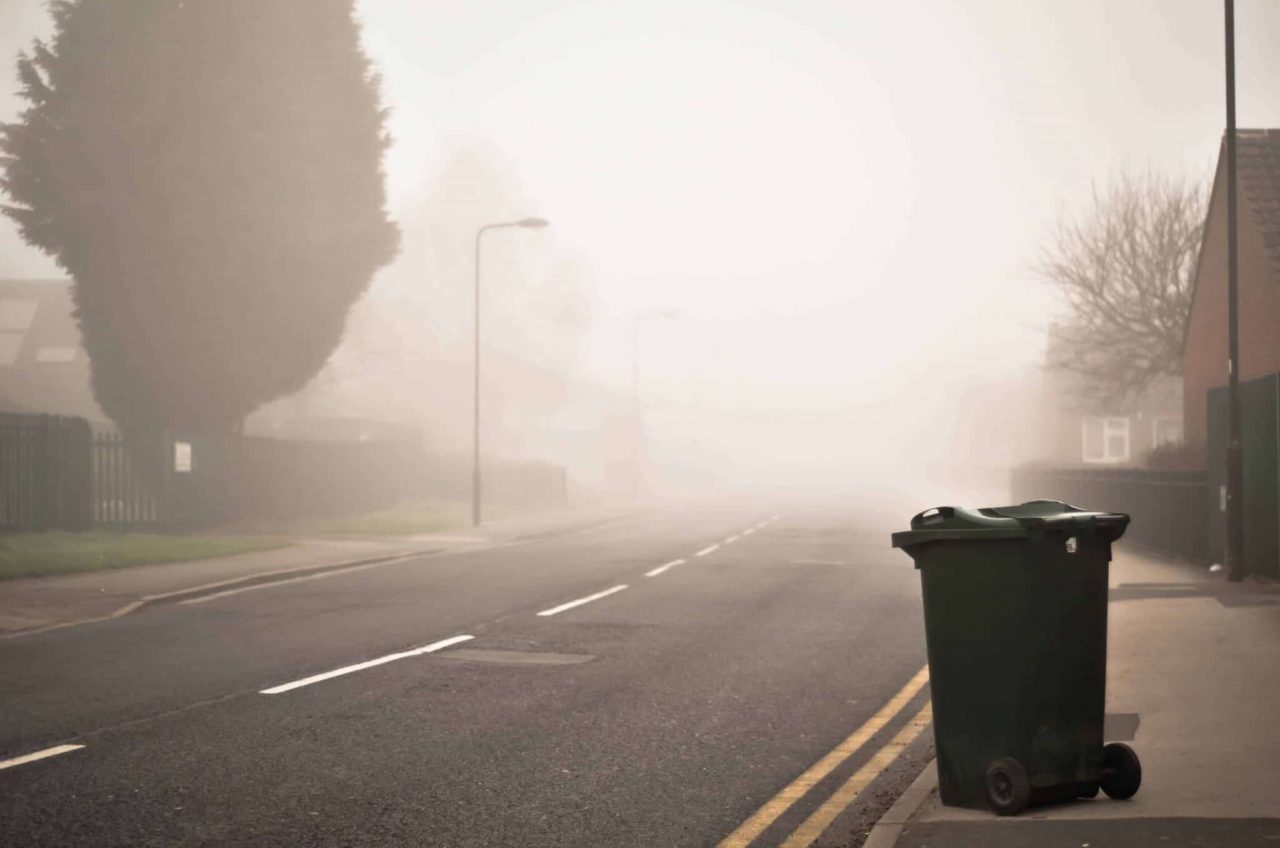 A bin full of defaulted bonds…

Bond Ladders Are An Alternative to Bond Funds for Guaranteed Income

So what’s one way to mitigate the interest and default risk involved in bond funds, for guaranteed income? Bond ladders! Here’s how to build a bond ladder, and how laddering works in general.

What Is A Bond Ladder?

To create a bond ladder, you buy individual bonds with staggered maturity dates. As the ones at the front of the ladder mature, you use the principal to buy new bonds at the back of the ladder. For instance, you can buy three $10,000 bonds, maturing in one, two, and three years. When the first one matures, you use the $10,000 principal to buy a new three-year bond. That way, you can keep it running indefinitely.

Here’s a video that explains how they work:

A bond ladder mitigates interest rate risk if you hold the bonds to maturity.

Provided the issuer doesn’t default, you will not lose your principal if interest rates rise since you are guaranteed to be repaid the entire principal when the bond matures. This is in contrast to buying shares in a bond ETF, where your shares will normally go down in value if interest rates rise, but you don’t have the option of avoiding a principal loss simply by waiting to bond maturity (since the fund manager replaces maturing bonds by buying new ones). Your only options are to sell at a loss or wait to see if the shares go up in value.

Conversely, if interest rates drop, you can sell your laddered bonds for some capital gains and do what you want with the money (like reinvest it in higher-interest bonds, if it fits your risk appetite).

Another benefit is that you have full control over what bonds you buy. For instance, you can avoid bonds from issuers you just don’t trust, and choose the exact mix of bonds and issuers you prefer. 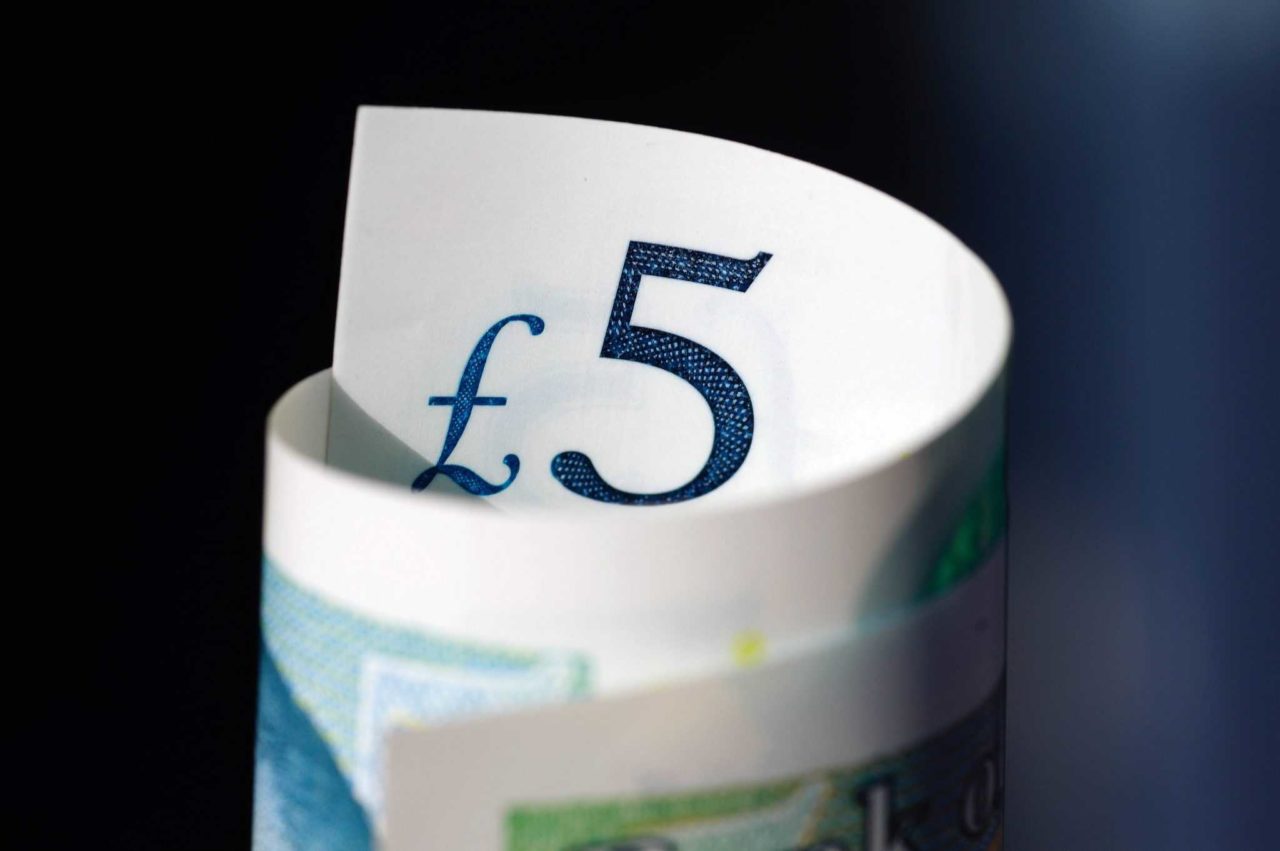 You can also tailor your bond mix to your exact tax situation, thereby reducing your taxes on retirement income. Let’s say you know you’ll have a tax deduction of at least $10,000 for next year. To take advantage of it, you can buy some taxable-interest bonds that will pay $10,000 in interest (which the deduction will offset). Then, you can put the rest of your money in tax-free municipal bonds.

Another benefit is that you will receive predictable principal payments as bonds mature. That way, you can budget for big expenditures. For instance, if you know you want to put a $20,000 down payment on a house in 3 years, you can buy bonds with $20,000 in principal that will mature right around the time you’ll need it.

Complexity! If you’re going to invest in individual bonds and buy new ones as old ones mature, you’ll either need to do lots of research and be on top of maturity dates, or delegate it. If you delegate it to a broker or adviser, you’ll need to trust that person, and pay fees that will eat into your earnings.

Speaking of brokers, you’ll probably have to pay a commission for each bond transaction.

Another big issue is default risk. If you spread $100,000 across ten $10,000 bonds and one defaults, you stand to lose a lot. Much more than if you’re invested in a bond fund that holds hundreds or thousands of bonds.

Also, remember that your money is somewhat tied up in each bond until maturity, especially if interest rates rise. If you do decide to sell a bond before maturity, you can face reduced liquidity (compared to stocks, for example), making it harder to find a buyer.

You Can Also Build A Bond Ladder with ETFs

While researching this piece, I ran across something I didn’t know about: ETF bond ladders. It turns out that there are ETFs out there that invest in bonds with a particular maturity date, and dissolve themselves and pay out the principal to investors when that date comes. For example, Invesco has a tool that you can use to build an ETF bond ladder with their Bulletshares funds. Each of those funds holds around 95-360 bonds, thereby providing much more diversification than you could probably achieve otherwise. (iShares also makes these kinds of ETFs).

If you’re just buying these ETFs, you costs should go down, and the ease of maintaining your ladder increase.

You also get liquidity since practically every one of these ETFs is bought and sold thousands of times each day.

That’s not to say that these ETFs are without controversy. For example, Money reports that “ETFs aren’t a perfect proxy. The coupon rate…and the final distribution rate aren’t nearly as predictable as they are with individual bonds”.

Overall, it looks like this is a pretty new method of making bond ladders. So, there’s still not a lot of research and data as to how effective it is. 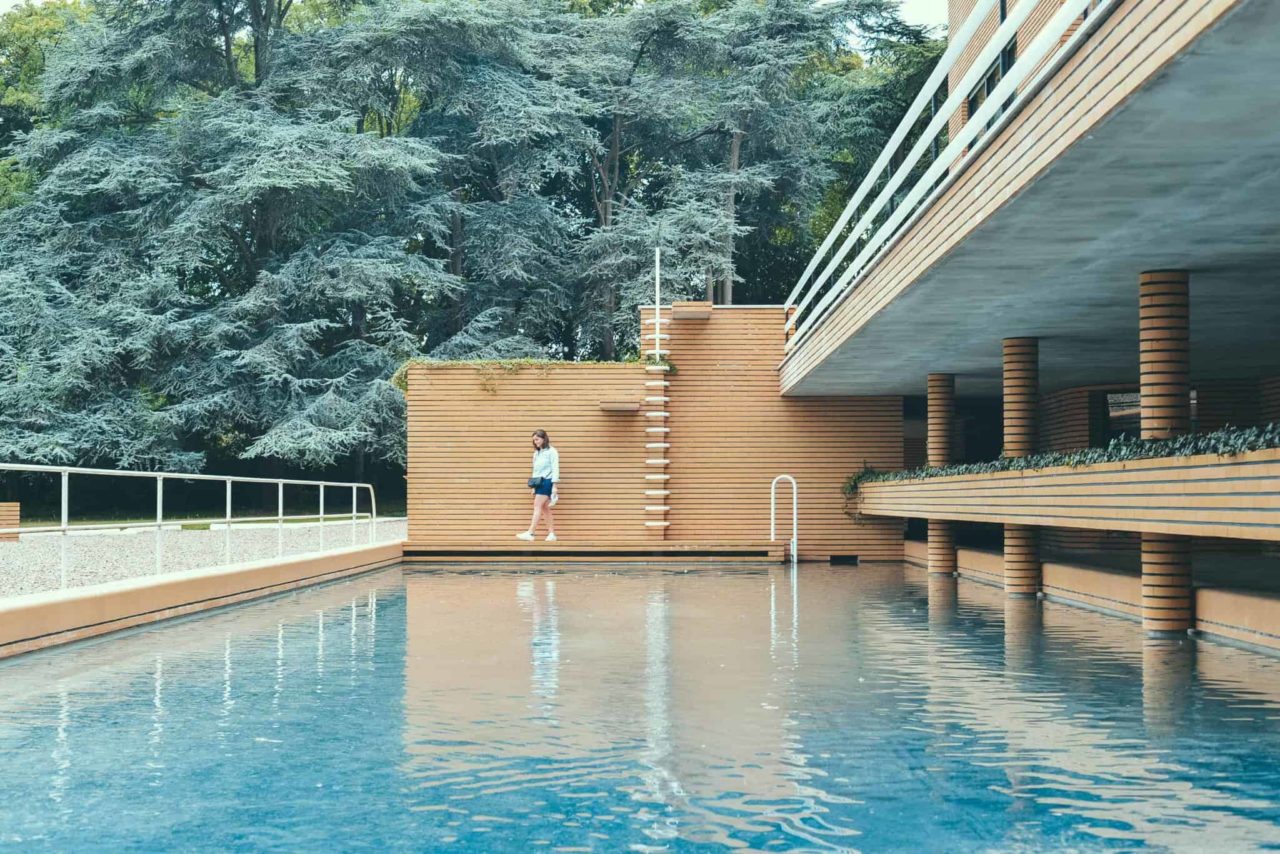 Another kind of ladder…

Summing It Up: Build A Ladder for Guaranteed Income

Like anything else in the wonderful world of investments, bond ladders are not perfect. They have their drawbacks, but also have big advantages. To sum up, the main pros are:

And the main cons are:

So, I suggest you take stock of your particular needs, to determine if you should build a ladder. If so, I’d recommend considering different kinds of bonds, from corporate to government securities. Also, since interest rates seem to be on the rise, it might be wise to stick to shorter maturities.

Would you build a ladder?