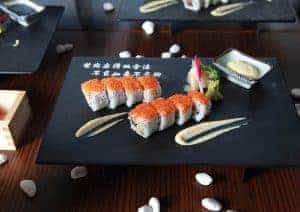 We all make mistakes; the important thing is to learn from them. Behold one of my mistakes, so that you do not make it yourself.

My wife and I recently took a vacation to the beautiful Pacific Northwest, starting in Seattle. As often happens on vacations, at one point we found ourselves in the city, hungry, and not knowing where to go. So, I whipped out my phone, summoned the Yelp app, and found a well-rated sushi restaurant nearby.

Awesome, I thought. We resolved to eat a light sushi meal to fuel our ongoing exploration of the Emerald City. We frequently go to good, inexpensive sushi houses here in our hometown of Miami and, based on that experience, I expected to pay about $55-$65. 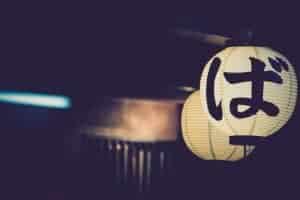 We went in, and were assigned a personable waitress named Katie-Pie. We were seated and handed the menu, and began to explore their enticing sushi selection, as well as their specialty mixed drinks.

Caught up in our vacation excitement, we ordered an appetizer, a couple of convoluted but tasty-sounding sushi rolls, and two deliciously-described cocktails.

We drank, ate, and discussed life. The food and drinks were OK, but overwrought and not amazing. Then, we ordered the bill. We got this: 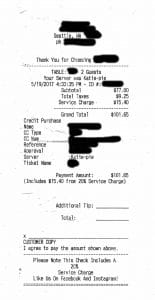 Not what I expected

1. Try to choose a restaurant before you get too hungry, before you start getting desperate.

2. Don’t get caught up in the excitement of travel, and look at the prices on the menu before you order. 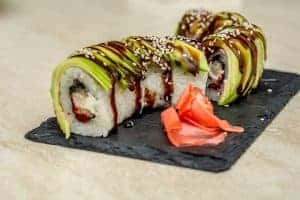 4. Never assume that what you pay at home is what you will pay elsewhere. After all, “assumption is the mother of all f-ups”. (Penn character in Under Siege 2: Dark Territory) (an awesome 90s action movie, with Steven Seagal close to his prime).

5. Beware of included service charges (I would have tipped the 20% anyways in this case, but did not like that I was not given a choice).